The terrible case of Pedro the Donkey is used by the Donkey Sanctuary’s Spanish subsidiary as an example of the fantastic work their volunteers and staff do to help save donkeys and mules in Spain.

“No shelter from the burning sun, no relief from intense, relentless pain. No human kindness to keep him safe. Pedro was fighting for his life.

“Tied to a tree, with no water or shelter from the 39℃ heat, clearly in distress – shaking his head and thrashing around with wounds on his back that were plagued by flies, maggots and wasps… that´s how a couple of neighbours from Almeria (Andalusia), found this poor donkey. The authorities confirmed that the donkey did not have a microchip and was clearly being mistreated. He had been used by his owner to pull a cart collecting rubbish and scrap metal. Police seized the animal, who was taken to our sanctuary in Fuente de Piedra, Málaga.

”On arrival, our vet felt very worried about the donkey. Pedro was extremely underweight, had a terrible, infected wound on his spine, and his despondent behaviour suggested he was in pain. His teeth were in bad condition and his mouth full of ulcers. The wounds on his body and jaw were cleaned and treated, but the injuries to his back were worrying. Unfortunately, a combination of being overworked and made to wear an unsuitable harness had left the donkey with severe open wounds to his back. He also had a scarred and deformed jaw, from the use of a ‘perrillo’ - a cruel metal piece of equipment used to control equines. Pedro’s bad harness had left him with a painful and potentially fatal infection along part of his spine – a condition called ‘fistulous withers’, known locally as ‘bad cross’, as it affects the area where the donkeys’ cross marking lies. 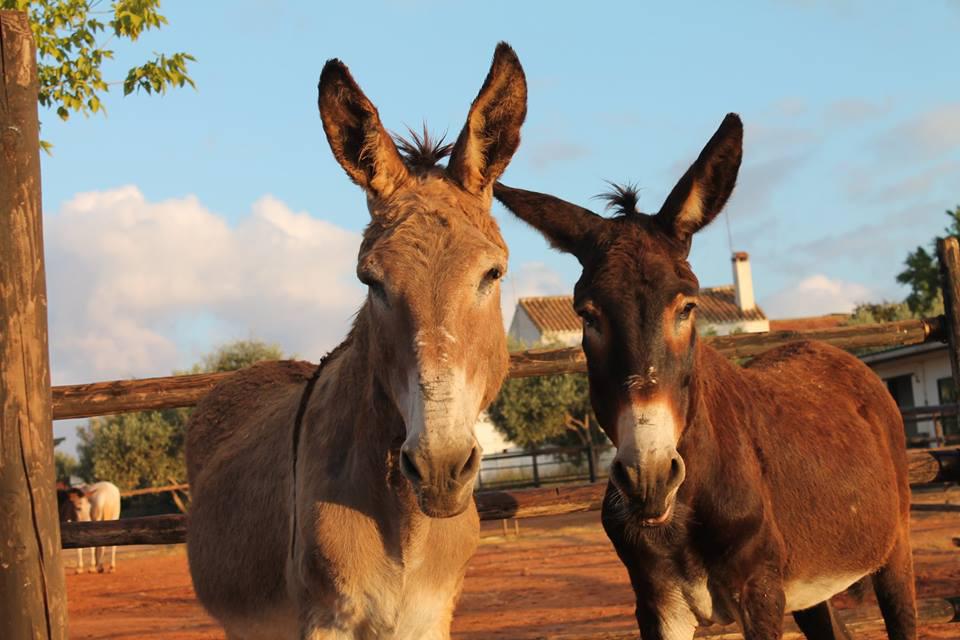 “Pedro had our staff walking on a tightrope and a prayer for weeks, fighting for his life. At the beginning, he couldn’t even eat anything due to the `bad cross´ problem. Grooms and vets, have been giving him daily medication including painkillers and antibiotics to try and clear the infection in his withers. Time will tell if we need to go ahead with his surgery, but he is reasonably young (estimated at 10-years-old) so stands a good chance of making a full recovery. He is such a miracle to be alive. The scars of his body will remain for life but we hope to relieve the traces of his soul.”

El Refugio del Burrito is a registered Spanish non-profit association working to improve conditions for donkeys and mules in Spain and is a subsidiary of the UK-based Donkey Sanctuary, which has worked for over 45 years to protect donkeys and mules worldwide.

Every year, El Refugio del Burrito helps at least a thousand donkeys and mules in Spain.

El Refugio del Burrito is actively involved in causes that encourage the application and improvement of existing laws regarding animal welfare and the promotion of awareness campaigns and protests.

This brilliant operation has two bases in Spain, where it is popular with British expats and Spanish animal-lovers alike.