This sweet, young female dog had been hiding in a flood outlet pipe for days, maybe even weeks. When Patrick, a volunteer in Kalamata, Greece was called about the dog near Ancient Messini, he didn’t expect the rescue to be this hard.

The sweet dog was so terrified, that it took four days for Patrick to gain her trust and eventually get her out of the pipe and rescue her.

An embedded rope around her neck has caused severe injuries that will take months to heal. 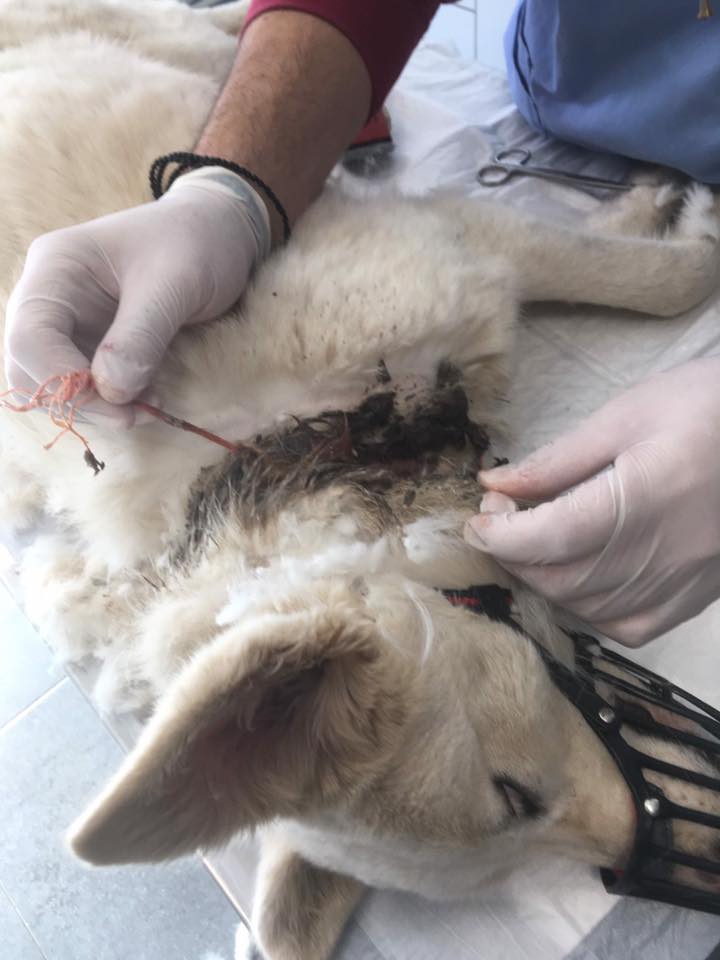 Dogs with embedded collars in their necks are a very common thing in Greece. They are abandoned as puppies, and as they grow bigger, the collar remains around the neck, getting tighter and tighter every day, and eventually it ends up cutting into the skin and even the bone.

The sweet eight month old puppy, that doen’t have a name yet was eventually resued from the pipe and was taken to the vet clinic.