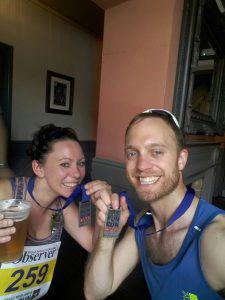 The Snuffles team were delighted to receive a fantastic donation of over £300 from James and Donna Trevis. Part of the money was raised from their participation in the 2018 Sutton Fun Run – as you can see they have the medals to prove it.

Later in the year, they went that extra mile by donating the net proceeds from the bar at their wedding which they ran themselves.

When asked why they stepped up to help Snuffles, they replied simply: “we just saw a bit about what you guys do and thought it was a great cause. Nice to help out a small local organisation doing something that matters”

The Snuffles operation started in 2013, when the couple found a hedgehog wandering around during the day. Knowing this is a sign of distress, they contacted another hedgehog rescue for advice, and their passion for these spiky friends just grew from there. Each year is busier than the last with many sick and injured he dgehogs coming into the rescue centre.

James and Donna have rescued more than one hundred hedgehogs in the first eighteen months of operation. The centre takes it name from Snuffles, one of the first rescue hedgehogs, who came to the centre with a severely crushed leg as a result of a digging injury, and it was touch and go whether he would survive without losing his leg. The vet could not amputate the leg due to the highest break being too close to main arteries. Thankfully, with much care and attention, his leg was saved and he was released into an enclosed garden of his own, because he can't run fast enough to protect himself from potential dangers. 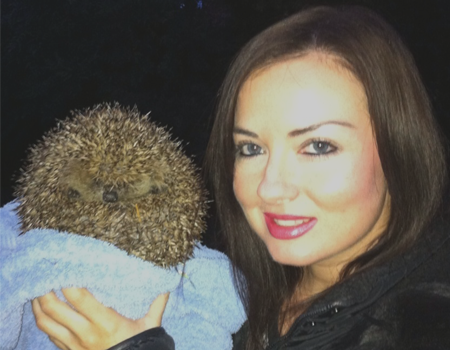 Claire’s most important hedgehog advice is:

if a hedgehog is injured or bleeding, gasping for breath, caught in netting or trap

if it looks as though it is covered in flies or maggots, if it appears to be having a seizure

if the hedgehog appears to be sleeping or sunbathing during the day.

To find out more, get urgent help for a hedgehog in the Sutton Coldfield area, or to donate and help their work, visit http://snuffles-rescue.com/