The annual contest sees canines compete for the title of the world’s ugliest dog and win $1,500 (£1,230) in prize money.

The world’s ugliest dog competition aims to raise awareness of the importance of adoption and to “celebrate the imperfections that make all dogs special and unique,” according to a press release.

While most dog shows celebrate perfect pedigrees, this contest instead is “a testament that all dogs do not have to meet AKC pedigree standards to be man’s (or woman’s) best friend.” 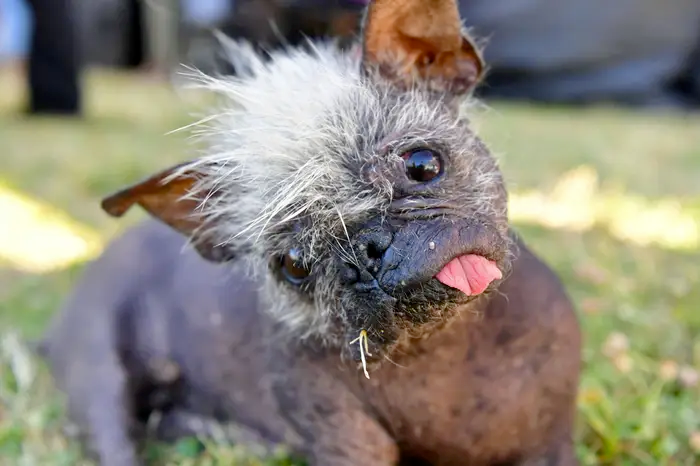 Many of  contestants in this year’s competition (hosted in Petaluma, California) were adopted from shelters, with some dogs being survivors of abuse, including this year’s winner, Mr Happy Face.

The shelter staff warned Banelly that the senior dog had health issues and could be inbred “because he was so ugly.”

But instead of seeing an ugly dog, Banelly saw “a creature who was indeed old, needed a second chance and deserved to be loved.” 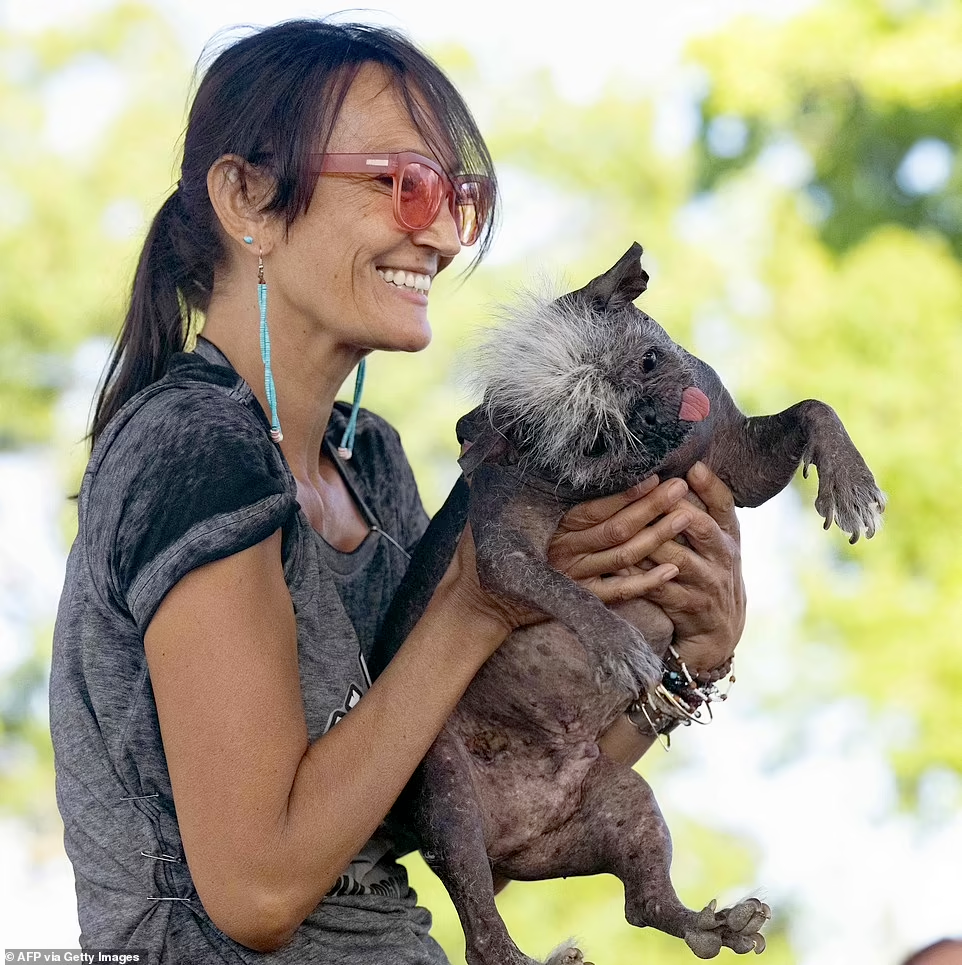 She adopted him from the shelter, where he had been for some time after being rescued from a hoarder’s house with “deplorable” conditions.

Mr Happy Face is a “survivor of abuse and neglect,” and “the happiest creature” Banelly had ever met.

She said: “He hobbled up to me and chose me.  I vowed that day, he would be so loved that he would never remember how awful his previous life had been.

“Love, kindness and mommy kisses have helped him defy the anticipated short life that we all expected him to have with our family.” 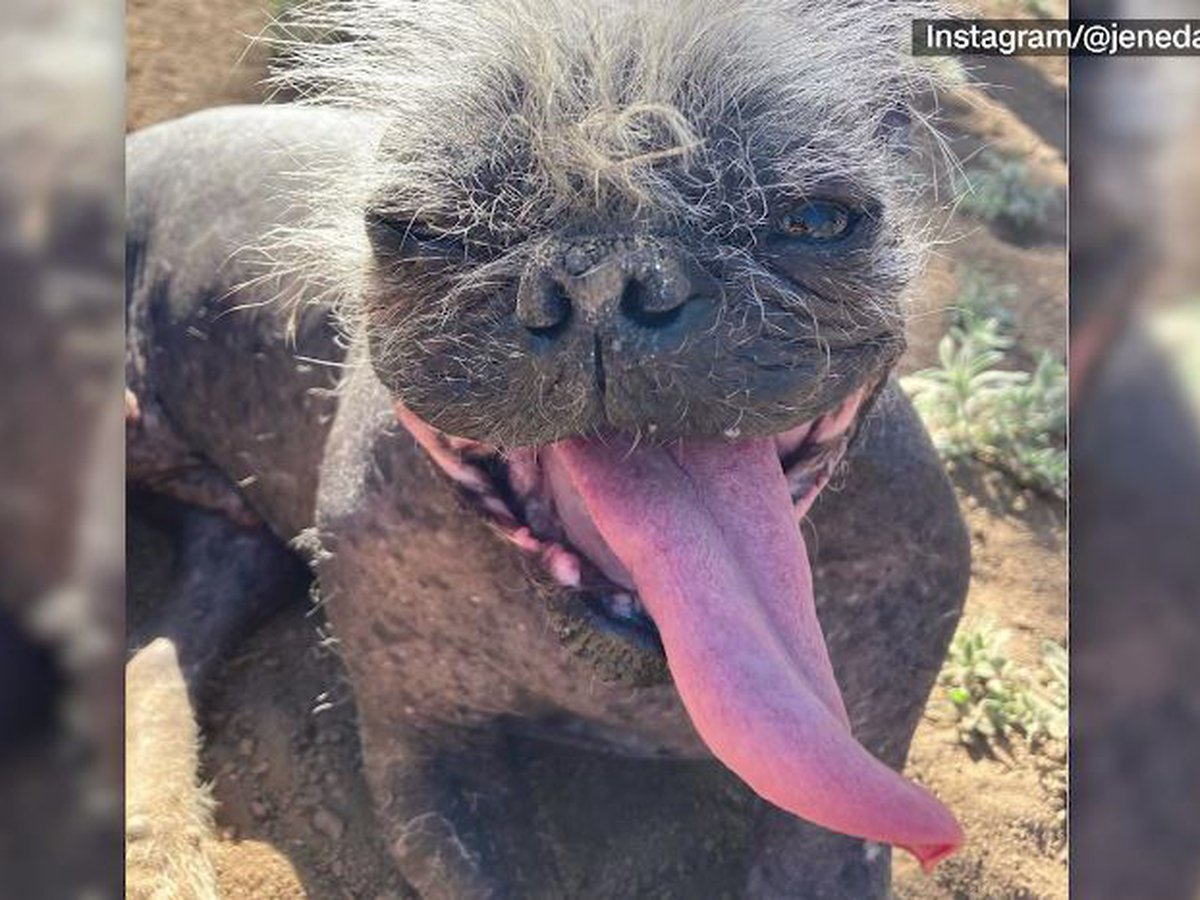 Mr Happy Face’s hobbies include “being fearlessly adorable, invoking his elder privilege amongst his four legged and three legged fur siblings and eating stinky things,” as well as classic dog activities like “sleeping, snoring, woofing in his sleep and making odd sounds when he is happy.”

He aims to “have a longer tongue than Gene Simmons and a more dashing snarl than Billy Idol,” and “sounds just like a Dodge Ram diesel truck reviving an engine when he is elated.”

Proud owner Banelly said: “I believe that this humble soul is also being an example, in subtle ways, to help humans realise that even old dogs need love and a family too.”