People across Britain have been left outraged at the sentences of the ex-owners of a Derby animal shelter. 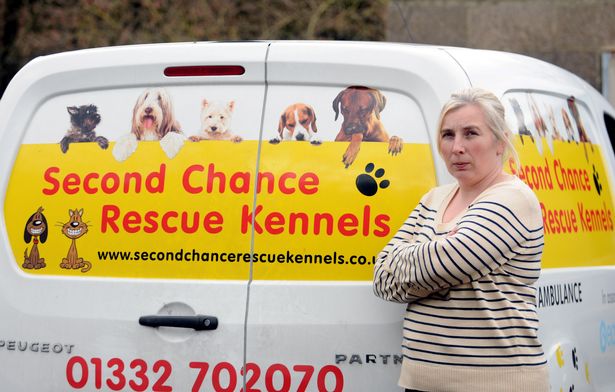 The couple, Jodie and Paul Fairbrother, were handed suspended prison sentences and disqualified from keeping animals for running an "overcrowded and inadequate" rescue centre in Lincolnshire.

Mrs Fairbrother, who previously ran the Second Chance Animal Rescue in Chellaston, was forced to move her operation away from Derby in 2015, when the owner of the site applied to build homes.

The shelter, which imported 4,600 dogs from overseas over a 15-month period, operated an unlicensed boarding kennels and veterinary clinic after their licence expired.

In one of the largest ever operations by the RSPCA, more than 60 staff from multiple agencies worked throughout the day to remove 160 animals.

They were found in "abhorrent" conditions.

Judge Daniel Curtis said many animals were kept in cramped kennels and others were left unattended for up to 95 hours.

A total of 144 dogs and 16 cats were then taken in by the RSPCA and Dogs Trust.

Jodie Fairbrother was sentenced to 18 weeks in prison, suspended for 12 months, and banned from keeping or trading in animals for five years.

Paul Fairbrother was sentenced to 12 weeks in prison, suspended for 12 months, and was also banned from keeping or trading in animals for five years.

Both were ordered to pay a measley £500 costs each and a £115 victim surcharge each.